The Florida Gators’ 2019 recruiting class was dealt another blow on Friday morning. All-American receiver Arjei Henderson will not qualify for school at the University of Florida and will be released from his National Letter of Intent.

Henderson is the third member of the 2019 class that was not able to clear admissions at Florida and the fifth member of the class that will not enroll at Florida. Linebacker Diwun Black and offensive lineman Deyavie Hammond are both attending junior colleges after not qualifying. The Gators are also waiting on offensive tackle Wardrick Wilson who is working through a visa issue with no clear timetable on a resolution there.

Henderson’s commitment was, by his own admission, “a long process.” The talented receiver from Texas picked Florida over numerous schools and before he had even visited the campus. There were rumors at the time that Henderson might have trouble qualifying at Florida but Dan Mullen knew the risk, weighed it and ultimately took the commitment.

Mullen took a lot of chances in the 2019 class and on signing day it appeared to pay off. However, the Gators once top 10 class has been bludgeoned. Chris Steele and Jalon Jones transferred on top of the previously mentioned non-qualifiers. That brings Florida’s class from 25 players to just 19.

Attrition to a class can be as unpredictable as it is destructive but it also creates a bad outside perception. At Mississippi State Mullen ran into some of the same issues. There were several instances where Mullen would take a commitment only to have the player end up taking the junior college route and enroll at State two years later. Mullen was asked why he continues to take risks on players who he knows may have difficulty getting in to school, when getting them back on campus in two years isn’t guaranteed.

“Because there’s a chance for them to make it,” Mullen responded. “They want to be Gators. They can still go to junior college and qualify there. They can go to prep school depending on their situation with NCAA eligibility numbers. So a lot of it is, it’s a guy you start recruiting a little bit later in his career, and you look, their freshman, sophomore grades, and they really don’t have much of a chance. But all of a sudden, they pick it up as they move on and you say, OK, this guy is going to figure it out and can be a good player. I’ve had success with that with junior college players in the past as a head coach.”

It’s a recruiting philosophy that has worked for Mullen in the past but Florida isn’t Mississippi State. Mullen has even acknowledged this, not in an attempt to dig at his former employer but when talking about recruits. On several occasions when asked about certain players Mullen has said something to the effect that he recruited that guy when he was at Mississippi State but they weren’t interested but when he recruited them at Florida it was a different story. Regardless of what happened at Florida with the previous two coaching staffs the Florida Gators football program is in the upper echelon and has the luxury of recruiting differently than a lot of other programs.

It will be interesting to see if this experience changes Mullen’s attitude or approach towards recruiting at Florida. 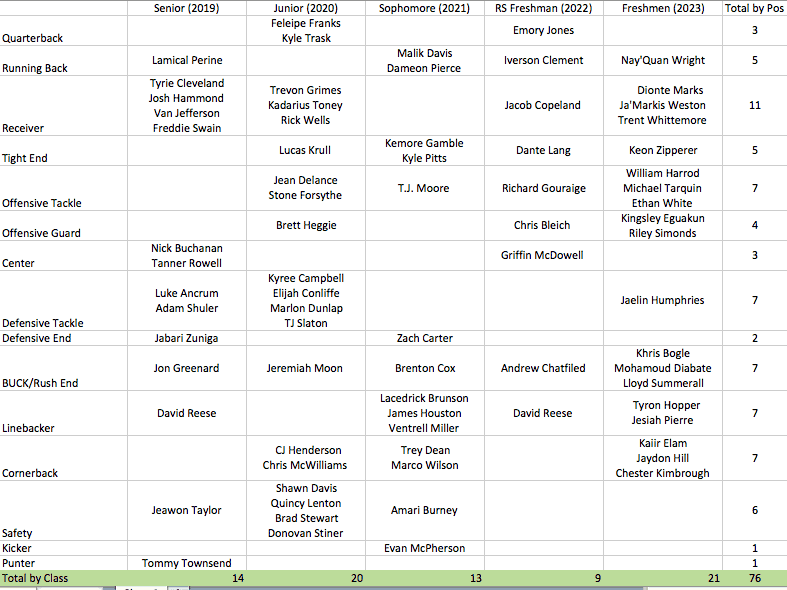