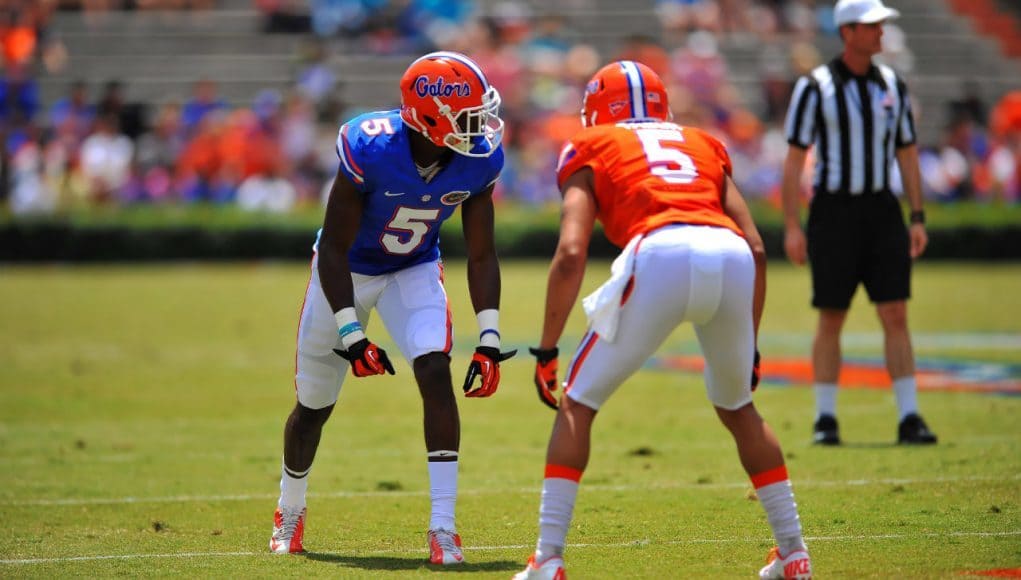 We turn to the offense as we continue our sophomore spotlight. Yesterday we highlighted freshman sensation Vernon Hargreaves, stating the all-to-obvious need for Hargreaves to step up and lead the defense in 2014.

Today we take a look at the other side of the ball and a position that has been lackluster to put it kindly — wide receiver.

Ahmad Fulwood took some time to adjust to the college game, catching just one pass for five yards through the first half of the season. However, Fulwood hit his stride in the second half of his freshman campaign, catching at least one pass in the final seven games of the season. He finished fourth on the team in receptions and yards and tied for second with one touchdown.

The hype and buzz surrounding the Florida offense before last season surrounded Demarcus Robinson. The electric wide receiver from Georgia had a tantalizing set of skills that had Gator fans drooling about his potential. Robinson struggled to stay on the field, with Will Muschamp citing maturity issues.

That opened the door for Fulwood. In high school, Fulwood played mainly as a slot receiver so he took some time to adjust playing outside at Florida. It may have taken time, but Fulwood really hit his stride in the latter part of the season — 11 of his 17 receptions came in the final four games.

At 6-4, Fulwood is a huge target for Jeff Driskel and should develop into a redzone threat. Fulwood is a good blocker and will get an opportunity to earn a starting job across from Quinton Dunbar this season.

All things considered, Fulwood put up respectable numbers as a freshman. Sure, 17 catches is just one more than Fresno State receiver Davante Adams had against Idaho, but Fulwood wasn’t catching passes from Derek Carr, he was running routes for Tyler Murphy and Skyler Mornhinweg.

With a new, simpler offensive scheme, Fulwood should be able to shine with Kurt Roper. Fulwood has good speed for his size but he builds to his top-end speed. He’s a good route runner, which will help with a quick passing game but he’s also a player that Florida can run screens to.

With major question marks surrounding Demarcus Robinson, Fulwood will need to step up and take some attention away from Quinton Dunbar, giving Florida two threats at the position.

Bold Prediction: Florida hasn’t had a receiver catch for more than 600 yards since Riley Cooper in 2009. Fulwood will finish with more than 40 receptions and will surpass the 600 receiving yard mark as a sophomore.