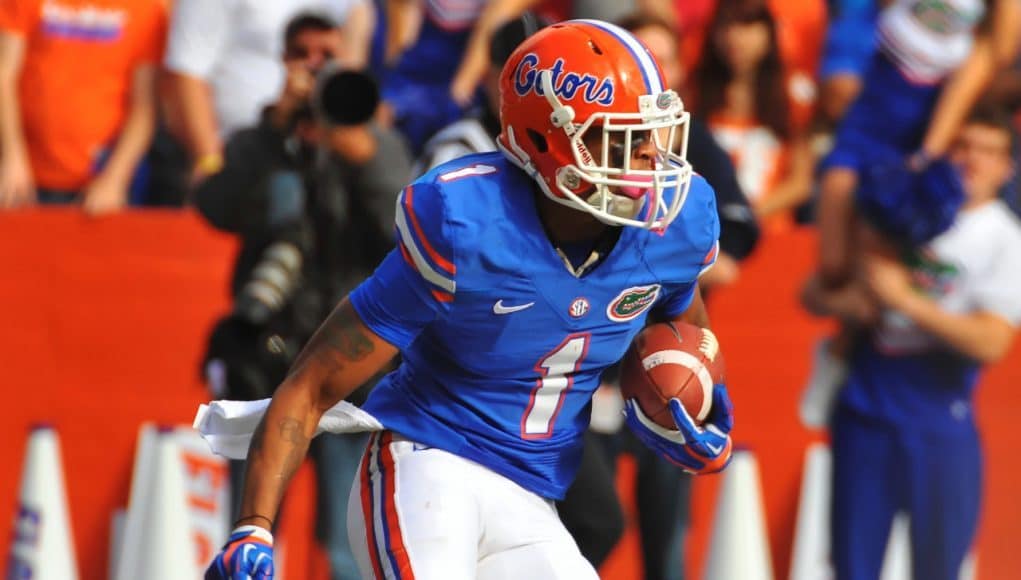 The Florida Gators will play their final home game on Saturday afternoon in the Swamp and it will be a special day as the team will honor its seniors on Senior Day.

All of the seniors have played a pivotal role on this football and done a lot of great things for this program but in this article I want to focus on receiver Quinton Dunbar from Miami, Florida.

Dunbar is from the highly thought of high school of Booker T. Washington and was a four star prospect who made the tough decision of choosing Florida over Miami but it was a decision that at the time he said was one of the best decisions of his life.

The first year of college didn’t start of like Dunbar wanted it to as he redshirted but as a redshirt freshman Dunbar had some success as he scored his first career touchdown against Furman on a 29-yard reception. That year ended with Dunbar having 16 catches for 216 yards and 2 touchdowns.

2012 was a banner year for Dunbar as he was second on the team in catches with 36 and that resulted in 383 yards and four big touchdowns. That season was highlighted by his Sugar Bowl performance where he a season-high 5 five catches for 77 yards in a loss against Louisville.

Dunbar returned home in 2013 for a game against Miami as a junior and it was a game he will remember as set a career high with 7 catches for 98 yards and despite the loss it was one of Dunbar’s best games of his career.

The 2013 season as a whole was a pretty decent season for Dunbar as he collected 40 catches for 548-yards but he failed to find the endzone.

Dunbar who is now finishing up his career has had an up and down 2014 season that saw him go from being benched to catching a big pass against Vanderbilt that went for 60-yards but as a whole Dunbar has only produced 14 catches for 219-yards and no touchdowns.

All of the above stats are great but the one thing that Dunbar will be remembered for is his 32 game streak of catching at least one pass for Florida. A streak that lasted from 2011 against Furman until 2014 against LSU when he failed to catch a pass against the Tigers.

If you asked Will Muschamp about Quinton Dunbar the first thing Muschamp would probably mention is how mature Dunbar is as a person and how well he handled the benching of him against Georgia.

“Quinton went in and did a good job,” Muschamp said. “So you go in and cash in on your opportunities when you have it. Man down, man up and that’s what he did. So I’m very proud of how he handled the situation.”

Dunbar’s mindset and mature approach is something that has also caught the eye of fellow receiver Latroy Pittman and that’s why Dunbar is considered a leader on the offensive side of the ball.

“He comes out every day as a professional,” Pittman said.  He never badmouths anybody or acts out in any kind of way. His attitude has stayed the same. He just works hard and stays focused.

In closing I personally want to thank Quinton Dunbar for everything he has done for Florida and for acting like a professional and I hope he has nothing but success in the next step of his life.