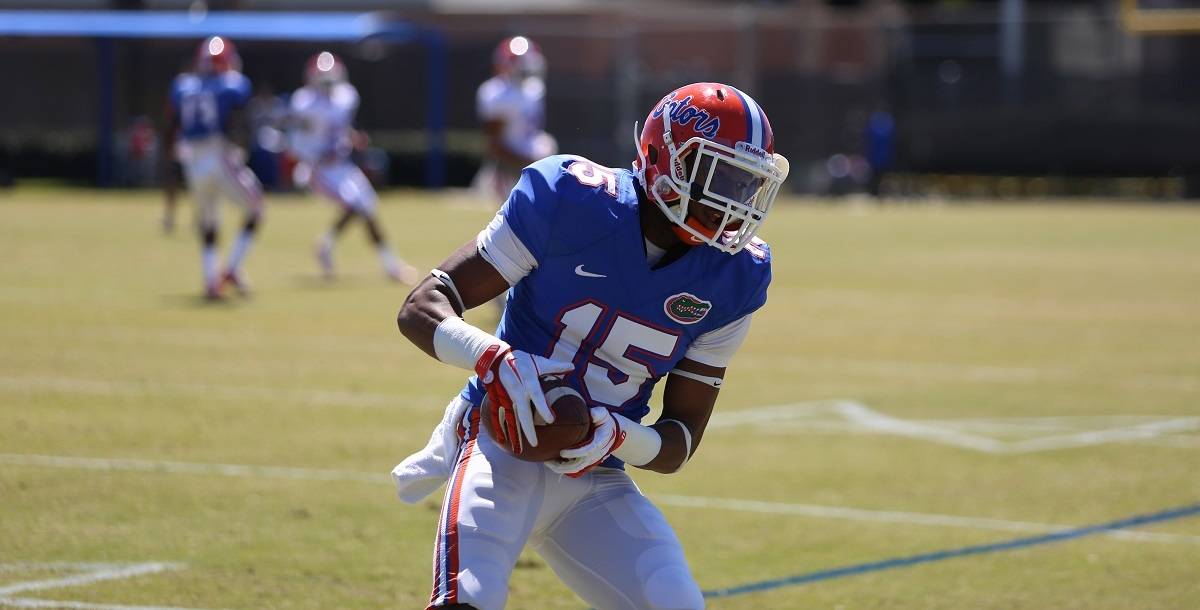 UPDATE: Jay-nard Bostwick has not been suspended. For more, read here.

Loucheiz Purifoy was expected to play a major role for Florida not only in the season opener, but also throughout the year. He is listed as one of the starting cornerbacks as well as a player who will be used at wide receiver and on special teams. Purifoy is Florida’s best gunner on punt and kick coverages and will also return kicks for the Gators this season.

In an unrelated incident, Purifoy was arrested in February for misdemeanor possession of marijuana but the charges were dropped and the team did not punish him.

Darious Cummings is another player that would have heavily factored into Florida’s gameplan on Saturday. Cummings, a JUCO transfer, is listed as the backup defensive tackle and can also play nose tackle. The big defensive lineman is embedded in the defensive line rotation and would have played a big role against Toledo.

Latroy Pittman and Jay-nard Bostwick were both jockeying for positions as reserves and this suspension will not do them any favors as far as wining over the coaches and earning them more playing time. Pittman — an early enrollee from a year ago — has earned praise from the coaching staff about his work ethic and Bostwick, a young freshman, has also earned praise from the coaching staff.

Quinteze Williams was moved from the defensive line to the offensive line and while he is not really being factored in as a player who would have contributed this season, you still don’t like to see players get suspended for games whether they’re a starter or not.

These five players will miss the opening game against Toledo but are expected to be back and to be available when the Gators travel down to Miami to take on the Hurricanes next week.