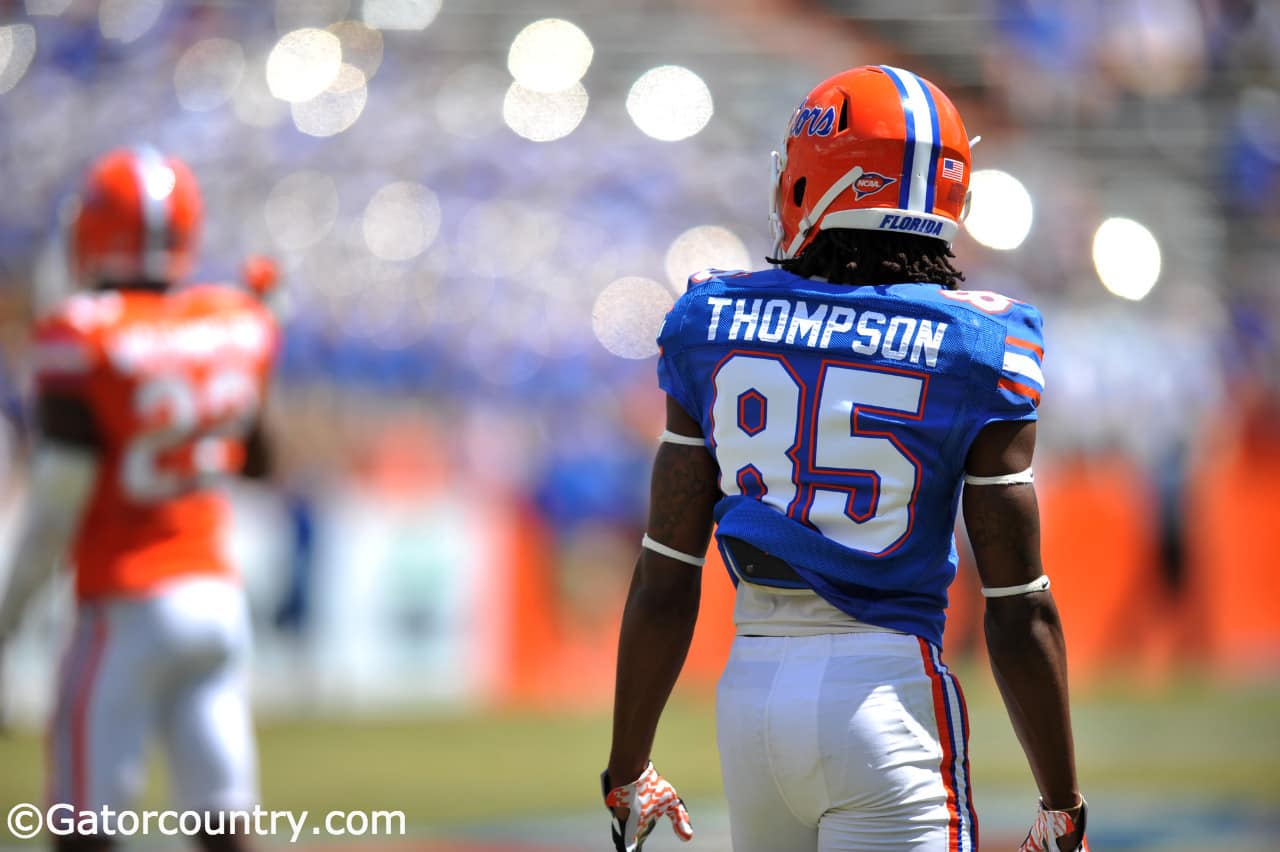 Jim McElwain was asked on Monday what the most disappointing aspect of the Gators’ loss to Arkansas was.

“How long do we have? Just the way they took it to us. Physically. Give them credit, they used that off week and used it well,” he said. “That I think was really disappointing?”

Florida is still feeling the affects of Arkansas’ physicality. The Gators will be without four starters for senior week on Saturday against South Carolina. Linebackers Jarrad Davis (ankle), center Cam Dillard (knee), linebacker Alex Anzalone (broken arm), and starting quarterback Luke Del Rio (shoulder) were all ruled “out” or “probably out”(Davis) by McElwain on Monday. Receivers Tyrie Cleveland (hip) and Chris Thompson (concussion) are also thought to be day-to-day.

“We’ll be without Mark Herndon (hamstring), Cece Jefferson will be a game-time decision with a foot, Chris Thompson, hopefully he and Tyrie [Cleveland] we’ll know more about after Wednesday’s practice,” McElwain said. “They are highly questionable. Jarrad Davis will probably be out. Cam Dillard will be out for sure. Alex Anzalone, he went into surgery today for that broken arm, and we’ll be without Luke Del Rio with his shoulder.”

Replacing Del Rio won’t be the biggest challenge the Gators face this week. Losing two linebackers will be the biggest hole to fill, especially having to start a true freshman in David Reese, who will be filling in for Alex Anzalone, including making the defensive calls and checks at linebacker. Reese won’t be alone, Florida will have to use a rotation at linebacker.

“Well, David and KC (Kylan Johnson) and obviously DMac (Daniel McMillian), Vosean (Joseph), who all played in this last game,” Mac said. “Christian Garcia. Those guys have played. You know what, they’re going to play a bunch this week.”

The offensive line will also have to shuffle with Cam Dillard out. Last week sophomore Tyler Jordan slid over from right guard to center and Fred Johnson came off the bench to fill in. Losing Dillard takes away consistency and leadership from a group that maligned to begin with.

“Cam is very consistent in what he does, he’s not an over-powerful center. He’s not a dominant center,” offensive line coach Mike Summers said. “But he is a very consistent player that’s gonna be in the right spot. And he provides a comfort level for everybody up there because everything that we do starts with him. He IDs the front, he IDs the point linebacker, he puts the scheme in place as we get ready to start it.”