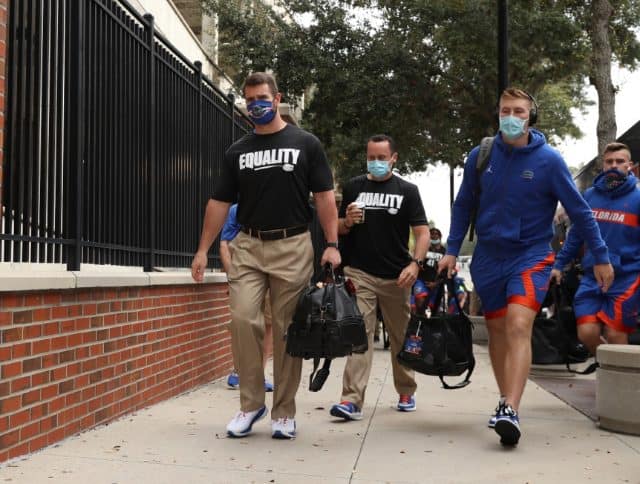 Two weeks down for the Florida Gators and two wins are in the record books and to quote something completely unrelated to football – war principles – “the best defense, is a good offense” and Florida certainly is buzzing on offense.

Sure, we can all agree it was not always pretty. The defense had some mistakes, the offense did not quite hum in the second half and had a few turnovers, struggled in pass and run blocking, and despite behind significantly more talented, the Gators did not always look like the much better team.

However, the Gators did have several bright spots – including four more touchdown passes by quarterback Kyle Trask, two more touchdowns for Kyle Pitts, and 38 points in three quarters before, presumably, taking the pedal off the gas.

Here a few numbers that defined the Gators match-up against South Carolina.