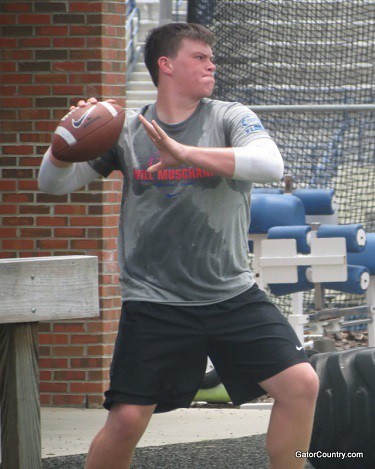 In the hot days of summer in Gainesville, the Will Muschamp football camp continues on through the week. GatorCountry was out at camp today, sweating right along with the players. With another big crowd of players, there were a few things that stood out to us.

Stay tuned the rest of the week, as GatorCountry will continue to bring you coverage from Will Muschamp’s football camps. There are some very talented players scheduled to camp this week and we’ll have all the latest news coming out off the practice fields.