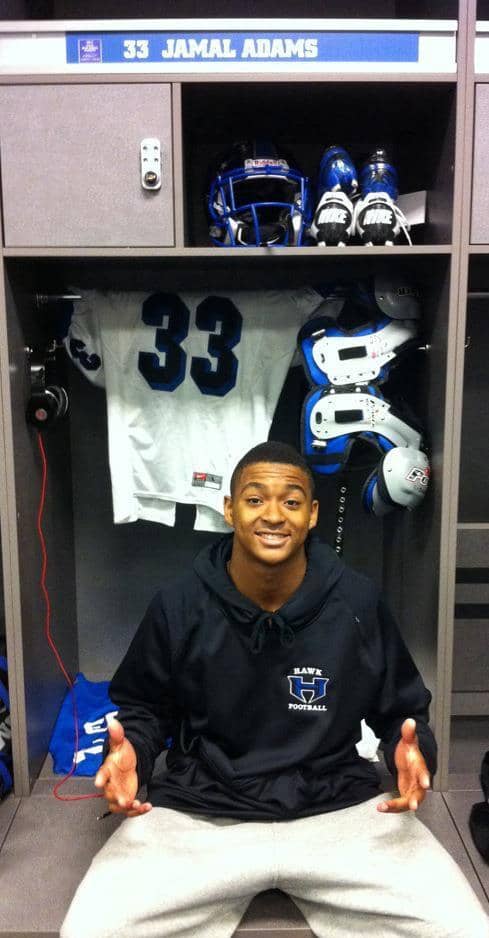 One scenario that we didn’t list – mainly because it’s unusual – is if your godfather is on the staff.

That’s the case for Texas safety Jamal Adams and Joker Phillips. Jamal’s father, George Adams, played with Joker at Kentucky and was even Phillip’s best man at his wedding. So while all the schools recruiting Adams work to build a relationship with the talented safety, one school already has a relationship with him and his family – and a strong one at that.

Adams recently visited Gainesville to meet the rest of the coaching staff.

“It was great,” Adams said of his trip to Gainesville. “Just going out there to meet the coaching staff and just seeing how the fit for me would be. I got a chance to talk to all the coaches and got to know them.”

When I asked Adams what he liked most about Florida, his answer came as a surprise as his top six schools are Florida, Texas A&M, Texas, Notre Dame, Ole Miss and Ohio State.

“It felt good. I was out there just seeing the campus, it’s different from Big 12 football, it’s SEC football.” Adams then explained what he meant by that.“It’s not necessarily that [I need to play in the SEC], I’m just the SEC, dude. I’m not going to base my whole decision off that but it will play a factor. No doubt.”

The Florida commits at the Opening were out in full force at the event, recruiting for Florida and repping orange and blue wherever they went. I asked Adams if any of the players had been in his ear during The Opening.

“A little bit, a little bit,” Adams said. “Uh, Lorenzo [Carter] hollered at me a little bit but mainly just the commits. Lorenzo was just looking at my cleats and said ‘that’s Gator football’.”

Adams isn’t sure if he will get back to Gainesville this summer but, he will make sure to visit again before he makes a final decision.

“I’m not for sure about Friday Night Lights,” Adams said. “But I will take an official there [to Florida].”