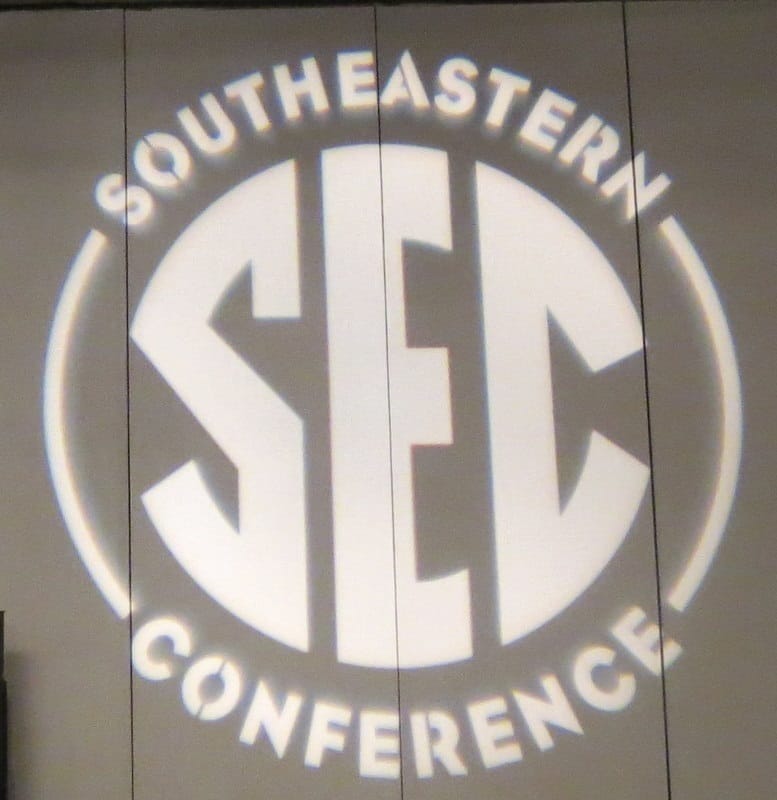 Make no mistake about it, the non-conference portion of the season hasn’t gone according to plan for the Gators and when it comes to their resume there isn’t a lot of meat on the bone. Florida State, UConn, Butler, and now Utah State were all big-time resume boosting opportunities that fell by the wayside and the Gators are left without many quality wins to wow the NCAA Tournament selection committee.

Because of that Florida’s season is going to be all about what they can do in the SEC slate. They’ll need to finish near the top to make it into the Big Dance with a respectable seed so when they tip off against Alabama in January a lot will be riding on their league performance.

Luckily for the Gators, the SEC is down from last year and it offers a lot of chances at wins. According to KenPom the SEC is the 5th best league of the high majors (with only the PAC 12 worse) and that means the Gators may be able to rattle off some wins.

Whether it’s talent graduating, elite talent going to the NBA, injuries, or just bad luck the SEC hasn’t been very good so far and there should be optimism that Florida can go out and put up wins.

Here is a quick profile on where each SEC opponent is sitting as we near conference play. It will have the NET ranking (the official NCAA metric for evaluation of teams), the KenPom ranking (a metric that still factors in some preseason prediction), and Sagarin (a metric that only uses results from results this season).

Take a look at these resumes…a lot of teams are really struggling. An inability to capitalize on big resume opportunities isn’t a problem exclusive to Florida and when you look at how SEC teams are sitting in the metrics it shows that the Gators have a chance to compete for a banner.

Currently KenPom is predicting the Gators to go 14-4 in the SEC schedule, finishing third behind Auburn and Kentucky. 14-4 would be fantastic, and KenPom also predicts the Gators getting a sleight win over Baylor in the Big 12-SEC Challenge which would be a major resume booster as well.

Even though the league isn’t great 14-4 would get the Gators into the NCAA Tournament with a decent seed, not factoring in whatever they could do in the conference tournament. It’s encouraging to know that despite the rough non-conference start the Gators are still primed to turn their season around to some extent and given how weak the league looks a conference title wouldn’t be out of the equation.

There are going to be two important stretches that the Gators will need to dominate if they are going to win the league. First, the opening 4 games against Alabama, South Carolina, Missouri, and Ole Miss, all teams that have struggled and look quite beatable.

They have another weak stretch of opponents in February where they get Vanderbilt, Georgia, Ole Miss, Texas A&M, and then Vanderbilt again. That is as easy of a stretch as you can get in the SEC and if the Gators can go 5-0 here it won’t just help them in the standings but they’ll be able to get some momentum entering the most important stretch of the season, the final games that lead into the conference tournament.

Florida needs to remain confident despite what has happened so far and if they can keep a dedication to getting better the year could still turn around and the season could end far better than it started.