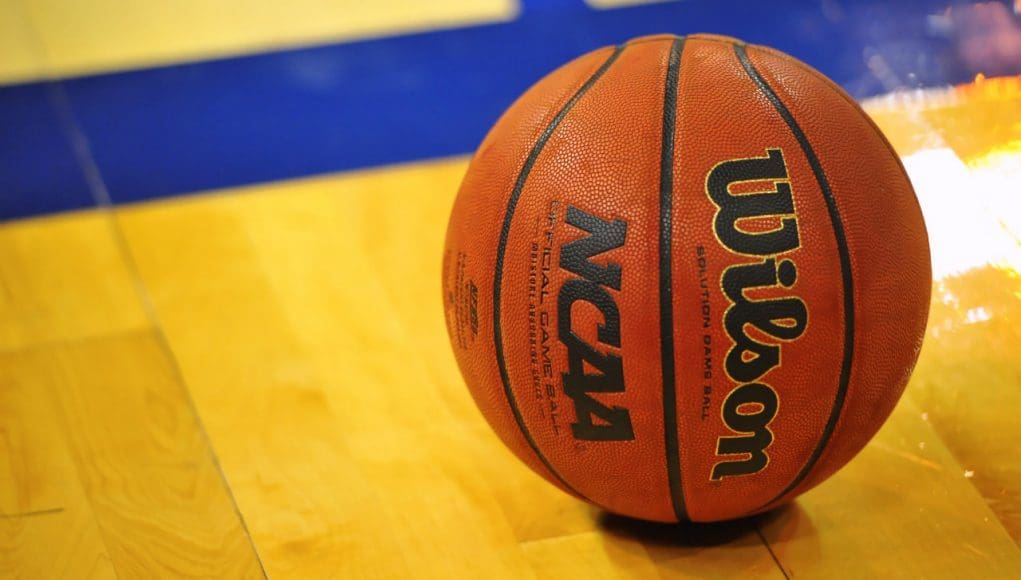 The non-conference portion of the season always gives fans an opportunity to see some teams they might not normally watch or follow, and while the unfamiliarity can be interesting, it’s good to know some of the names the Gators will be taking on in the 2022-23 season. Florida is also set to play a quality schedule with plenty of talented opponents meaning they’ll get to see some premier players from all different levels of the college game.

Stony Brook’s best player comes via the transfer portal with Aaron Clarke, a 6’1” point guard who comes to the Seawolves after four years at Sacred Heart. A pure scoring point guard, Clarke can get into the paint as much as he likes and is an efficient finisher despite being undersized. He’s certainly not a pass-first guy but his vision and playmaking is improving and as a veteran he’ll be relied upon to shoulder a lot of possessions for Stony Brook. The question for Clarke has always been the three-point shot, but when it comes to getting into the paint and making plays he has been successful at the low/mid-major level.

Entering his third season of college basketball, don’t be surprised if this is the last year you see Chris Youngblood at Kennesaw State before transferring to a bigger program. Youngblood was a contributor from day one of his college career scoring 12 points per game as a freshman which increased to 14 points per game last season while hitting 40% of his threes on just under six attempts per game. A 6’4” wing, his best work is away from the ball getting passes from point guard Terrel Burden (who also could have been the Kennesaw State selection) so he’s not always the loudest scorer on the floor, but he consistently scores the ball with efficiency.

In the transfer portal era it’s increasingly rare to keep a productive player at a mid-major program for his entire career but that’s exactly what former Florida assistant Dusty May has done keeping point guard Michael Forrest around for what will now be his fifth season. Steadily improving in each of his seasons to the point where he averaged 13 points and 3 assists per game last season he’ll enter the 2022-23 campaign as the most important player on Florida Atlantic’s roster. Forrest is a volume three-point shooter taking over 7 attempts per game the last two seasons and he’s been consistently effective throughout his career averaging 36% from behind the arc.

This won’t be a new name to Florida fans as Matthew Cleveland was with the Seminoles for last year’s matchups and was one of the only ‘Noles to play decently in Florida’s big win. At 6’7” with loads of athleticism, Cleveland is on NBA radars as a projected first round pick in the 2023 Draft and after averaging 12 points and 5 rebounds as a freshman he could be due for a huge leap. A lot of the great players Florida will see in non-conference play are elite point guards and Cleveland will give a very different look than that as a big wing that plays with physicality.

Entering his super (duper?) senior year (his sixth season of college basketball) Nunge is a grown man who plays a grown man’s game, using his 6’11”, 250 pound frame to get on the block and bully opponents until he can force up a layup. Nunge averaged 13 points and 7 rebounds per game last season and entering his sixth season you can probably anticipate about the same level of production. New head coach Sean Miller loved playing through his bigs at Arizona and will likely feature Nunge as a focal point of the offense, something made easier by the fact Nunge has been steadily extending his shooting range to the point where he hit 37% of his threes last season.

Florida A&M playing at Florida will be a homecoming for Jalen Speer who is originally from Gainesville and even played his high school ball in town at The Rock School. The 6’1” point guard could also be destined for a breakout season after an unfortunate injury derailed most of his 2021-22 season. He still managed a productive 13 games averaging 11 points and 3 assists, but he was more productive as a freshman the year prior and was never fully healthy to showcase his abilities last season. Now back to 100% and entering his third season, Speer could be set for a bit of a breakout campaign.

Look, I can understand why getting fired up for a Sunday game in December against an ASUN team can be difficult, but Stetson has an extremely fun mid-major player to watch and that’s Brussels, Belgium native Stephan Swenson. What makes him so fun? The way he passes the ball. Swenson was 7th in the country in assist rate last year as a sophomore and is extremely creative in how he creates shots for teammates whether it be layups or dunks. He struggles to score himself whether at the rim or from behind the arc but the passing is tremendous and if you tell your friend “hey, watch out for Swenson’s passing ability” you will end up looking like a genius.

One of college basketball’s breakout stars from last season was UConn’s Adama Sanogo, an explosive 6’9” athlete who jumped up to averaging 15 points, 9 rebounds, and 2 blocks per game last season. Sanogo is up there among the best frontcourt players the Gators will see this season so they’ll have to hope they’re healthy and ready for a battle. There isn’t a lot of subtlety to Sanogo’s game, it’s in your face physicality and athleticism and he’s going to make for a very difficult matchup.

Respectfully to the Bobcats who lost two outstanding players in the portal last season…projecting a best player for the 2022-23 season is pretty difficult. I had to go with Jaylin Hunter, an Old Dominion transfer who was a reliable 10 point, 4 assist Conference USA player who will bring some steadiness to the backcourt. Overall the Bobcats look solid and have a few quality options at a few different positions but lack a clear leader to keep your eyes out for.

Last season Tanner Groves had his way with the Gators scoring 20 points while adding in 8 rebounds and 2 assists and he’ll once again be the player to watch for the Sooners. Starting his career at Eastern Washington the 6’9”, 235 pound Groves became known as a skilled offensive player who can score inside and out and he proved he could do it at the highest level last season averaging 12 efficient points and 6 rebounds per game. He doesn’t have athleticism or skill that jumps off the page but he is an intelligent player who can meticulously pick apart defenses.

Something that brings just about all college basketball fans together is cheering for gritty, undersized players and even though you won’t be cheering for him against the Gators there is an underdog to respect and appreciate in Markquis Nowell who stands at 5’7” and 155 pounds, one of the smallest players to contribute at the high-major level last season. Plus, Nowell wasn’t just getting by, he was productive averaging 12 points and 5 assists per game while also being a pesky defender nabbing over 2 steals a contest. He had a down year shooting the ball but is a career 35% three-point shooter, and even when that shot isn’t falling he’s one of the best passers in college basketball who is one of the best at getting steals defensively and it makes him a player to watch that you might find yourself secretly cheering for.