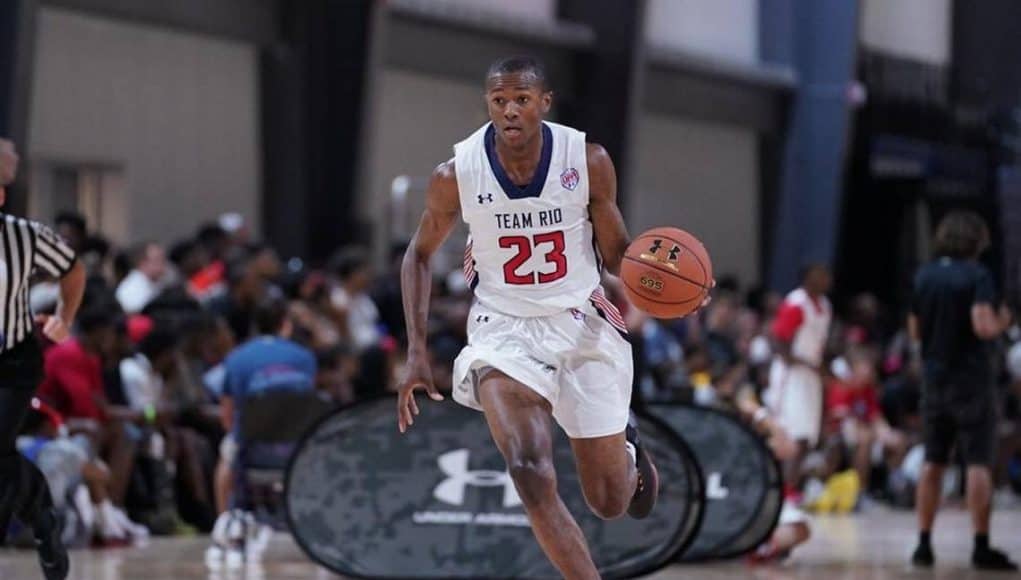 Like it or not, social media has become a key cog in the recruiting machine and applications like Twitter and Instagram have become one of the battlegrounds when it comes to landing a recruit. Whether it be a cryptic tweet or an Instagram story featuring a piece of a particular teams gear, messages can come in a lot of ways. They can also mean something, or they can mean nothing at all.

Social media has played a big role in Scottie Lewis’ recruitment, or perhaps more accurately his decision process. Not as active on the social media platforms as, say, CJ Walker, Lewis prefers posting fewer things that seemingly have more meaning to them when they are posted. Throughout his recruitment Lewis put various fan bases into fits as he would put up Instagram Live videos of him wearing a Florida hat, or a Villanova hat, or a Duke t-shirt, making fans of each team’s head’s spin as they try to decipher the message.

Lewis, already a legitimate star on Instagram with over 90,000 followers, is also an intelligent young man who is probably aware of the frenzy he whips people into with every post that could hold hidden meaning. Regular posts with teammate and fellow top-recruit Bryan Antoine (Villanova commit) left people thinking a package deal may have been in order (an idea eliminated when Lewis dropped his final schools to Florida and Kentucky), a picture captioned “I think it’s about that time!” had people waiting on a decision last week, and most recently a wardrobe decision grasping for conclusions. A series of social media posts from Lewis saw him wearing Kentucky shorts (a photo that he has recently deleted, along with all his other Instagram posts that had him in Kentucky gear, by the way!) and posts by other basketball sources saw him playing in some pick up games in Kentucky gear. Florida fans were quick to see this as a bad sign, but many Kentucky fans pointed to him wearing gear from other schools that he didn’t pick in his final list as a sign he might be joking around with Kentucky before he eventually picks Florida.

One again, a classic case of social media fogginess.

Another hidden message potentially? Alex Klatsky tweeted at Scottie Lewis with nothing but three blue dots. That message was instantly retweeted by Lewis to all his followers. The blue dots emoji is often used by members of Big Blue Nation online and the fact Klatsky threw it out might be him assisting Lewis in a bit of joking at the hands of Kentucky fans. At least, I would hope so. With the Gators having Lewis’ best friend in Klatsky on the team, anything they do like this leads me to believe Florida is in a good spot.

And then there is this, the reason I really wanted to write this article. If you’ve gotten this far, questioning my legitimacy as a writer as I babble on about social media sites you may not even use, I promise there is now going to be something interesting for you here.

Assistant Coach Jordan Mincy isn’t an avid Twitter user but he has picked his spots to communicate some interesting things to Gators fans, at least to ones like me who spend way too much time on social media and pick up on these subtleties. You see, historically speaking, Mincy has had a message he has sent out indicating a commitment to the Gators. The night before landing Andrew Nembhard, Mincy sent out this tweet:

Okay, that’s kind of cool he hinted at something for the fans. How about what he said the night before Noah Locke committed:

And finally, the night before landing Keyontae Johnson, Mincy sent out:

“Every year its a new surprise! Keep your seat belts on people. Sleep well gator nation!!!”

Notice a trend? The night before each commitment the Gators get Mincy tweets out a message containing “sleep well” or “sleep well gator nation.” That leads me to a tweet he just sent out. It went like this.

“Life has a lot of twist and turns…so buckle up and enjoy the ride. Sleep well gator nation!!!”

Perhaps you think this is foolish, but I think it’s something. I did a search back to make sure he didn’t send out the same message at any unimportant times, and the fact is that he has only sent out the “sleep well” message before we landed a recruit. With Scottie Lewis about to announce any day now I think some good news may be in order for the Gators. The commitments always came the day after the message but with the large-scale production that will likely be Lewis’ decision I’m expecting work in a couple days.

So, my friends… sleep well!