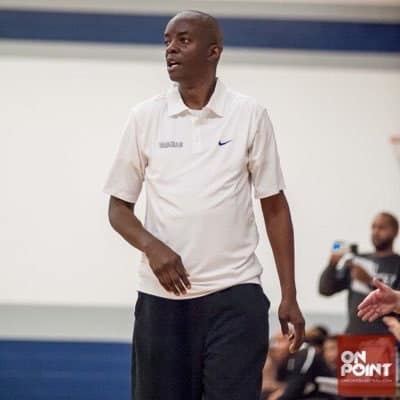 You get to hear the player’s side of recruitment all the time, but you don’t often get to hear the parent’s side of the story. I was lucky enough to have a conversation with Claude Nembhard, father of 5-Star Gators recruit Andrew Nembhard, to discuss Andrew’s development as a player and what lead him to Florida. A longtime coach in southern Ontario, an area producing Canada’s best basketball talent, Claude is an extremely knowledgeable basketball mind and it was great to get to know him better. Here is our conversation.

EF: Claude, when I first started watching Andrew on the court the biggest thing that struck me was that he played like the son of a coach, and I mean that in the most complimentary way possible. As an active coach in southern Ontario, how great is it to see your son become one of the best point guards in his class not because of his flash, but his basketball IQ and poise?

EF: Great point about the importance of keeping a level head when you’re the primary ball handler. That calm demeanor must have been helpful when he was running the point for Montverde Academy, perennially an American high school basketball powerhouse. What went into the decision to move him from Vaughn Secondary School, a great Canadian institution, to Montverde?

CN: We have had a plan in place to always play at the highest level possible and as much as Vaughn Secondary will always be home he had a great experience and Montverde was the next logical step upwards. We were referred by a family that was there, we did our research, and it was a perfect fit academically and basketball wise. Great coaching, national schedule, great competition in practice, and high academic standards.

EF: He definitely got to play at the highest level possible as Montverde won the GEICO Nationals with little resistance. As a long-time basketball fan in Canada, it brought me a lot of joy to see the backcourt of the best high school team in the world filled by two Canadians with your son Andrew and Duke-bound RJ Barrett. How important would it be to Andrew to represent the red and white in international competition sometime in the future?

CN: Andrew has already played for his country, he was on the cadet team as a freshman and sophomore and he would have been on last year’s team that won the world championships but was unable to travel to Saudi Arabia due to his illness. He will suit up for Canada in June as they compete in the FIBA Americas qualifier in St. Catherines.

EF: That is great to hear! I will be sure to cheer him on at the FIBA Americas qualifier. I’d love for you to throw your coaching hat back on for this one. Were you ale to catch many Gators games from this past season? If so, what were some of your thoughts about the way the team played?

CN: The Gator staff will never complain, but the roster was very undersized due to the injury to John Egbunu. I do not think Gak was at 100 percent and the red shirting of Isaiah (Stokes) and Chase (Johnson), this put a lot of pressure on Kevarrius (Hayes). It was fun to watch the spread offense with the guards, but ultimately you need your power forwards and centers to be healthy to truly compete and ultimately win.

EF: I totally agree, and hopefully (knock on wood) the health situation improves for some of the big men. Some of Andrew’s best work comes out of the pick and roll, and having some wide-bodied bigs on the court will be a necessity for that. Talking about minutes can be tough as you don’t want to have any unhealthy expectations, but the fact of the matter is that the Gators graduated their starting point guard Chris Chiozza and didn’t have a true backup last season, meaning Andrew will have a great opportunity to earn a key role as a freshman. What is a skill has has that will instantly translate to the high-major level, and what is one that he’ll need to work on this summer?

CN: His passing, and his leadership. In terms of getting better, it’s working on his shot. It’s a priority, along with getting stronger.

EF: His passing and leadership is certain to make an immediate impact, and world renowned strength and conditioning coach Preston Greene should definitely be able to help him meet his goals in the weight room! I would love to get your perspective on Andrew’s recruiting process. What were you guys looking for most in a program and what ultimately made you decide on Florida?

CN: Relationship with coach (and staff), style of play, chance to play in and win the NCAA Tournament, individual development, strong alumni, opportunity to play as a freshman, great culture, and strong academics. Ultimately, Florida offered all of these.

EF: I love it! Claude, thank you so much for speaking with me, and the Gator family is even stronger with a father like you being connected to the program. I’ve taken far too much of your time already, but I have to ask you one more question. Proximity makes it that southern Ontario is full of Michigan and Syracuse fans. Are you going to be able to flip some of them to Gator fans?

CN: Vaughn and North will soon be Gator Nation!

EF: Haha, great stuff. I’ve been working on converting western Canada so it’s good to know you’ve got the east. Thank you so much!