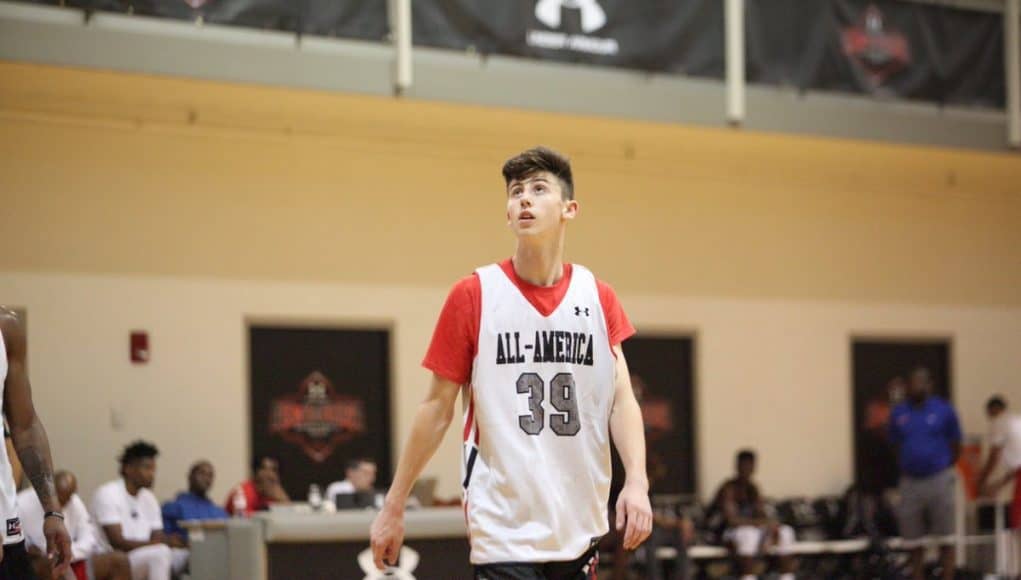 Florida just landed another piece in their 2019 recruiting class with the commitment of 2019 shooting guard Alex Klatsky from Team Rio and Ranney High School in New Jersey. Those team names sound familiar? It’s because he’s the teammate of Florida’s top target Scottie Lewis, a player the team has been pursuing since 2016 when Lewis first hit the scene. It’s hard not to imagine that Lewis news might come shortly after as Klatsky is his best friend, enough so that the duo has made both unofficial and official visits to Gainesville.

“It has been my lifetime dream to be a Florida Gator. Coach Mike White and his staff have done a tremendous job there and they feel that I can help their program out over the course of my career. Florida is somewhere I can thrive both athletically and academically, which ultimately led me to my decision. I can’t wait to get onto campus next year and contribute everything I can as a preferred walk on.”

Brian Klatsky, Alex’s dad and founder of Team Rio was a Florida Gator himself and continuing his legacy is a focus for Alex.

“Everything. I’ve been a gator for as long as I can remember and it’s truly an honor to wear the uniform.”

When I asked him about his style of play, he simply laughed and said “sharpshooting.” When you see how he played on Team Rio he’s used to playing a role on a good team and could very well be one of the best walk-ons in the country. I’m sure he’ll draw some comparisons to Lee Humphrey when you see the way the ball leaves his hand and I fully expect him to find a way to contribute when he gets on the court.

In terms of leading up the recruitment of his best friend Scottie Lewis, he took the safe route.

“I don’t know what the NCAA allows me to say on that. But don’t worry I got the full court press on.”