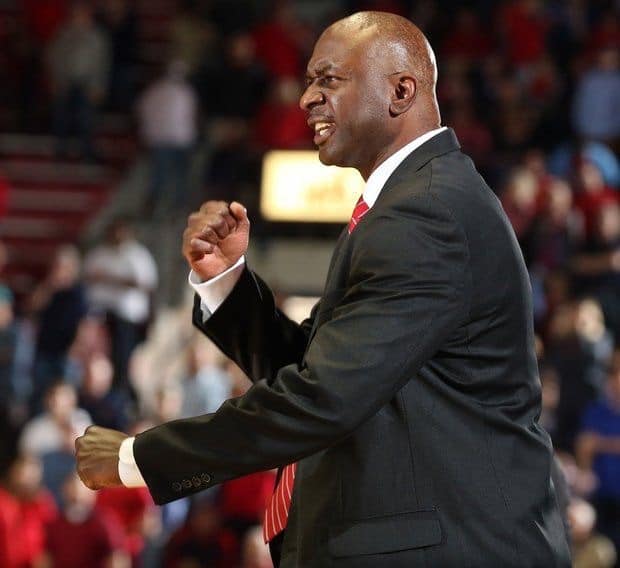 The bizarre saga that has been hiring an assistant coach has been completed as the Gators have hired Al Pinkins, most recently of Texas Tech. An experienced assistant with 14 years behind the bench he is seasoned veteran of the coaching craft. His resume reads like this:

As you can see, he is no stranger to SEC basketball and his recruiting ties in the South and Southeast run deep. Some of his highlights include being next to Andy Kennedy for some of the best Ole Miss basketball of recent history, coaching Ben Simmons at LSU, and being instrumental in the rise of Texas Tech basketball from perennial mediocrity to instant nation-wide relevance. He also played a major role in luring 5-star wing Khavon Moore to Lubbock when Florida was heavily in the mix.

Pinkins is known to be an excellent developer of players, particularly big men. Quality big men coaches are the rarest form of coaches in the college ranks these days and securing one is a major get for Coach White and company. With White, Darris Nichols, and Jordan Mincy all being former college guards themselves Pinkins brings some skillset knowledge versitility that wasn’t there in the past. Expect Pinkins to get to work immediately with upperclassmen bigs like Kevarrius Hayes and Keith Stone and make his impact on young posts like Dontay Bassett, Chase Johnson, and Isaiah Stokes. Inside scoring has not been a strength of the Gators in Mike White’s tenure and improvement in this area was definitely seen as a priority with this hire.

A former NC State player, Pinkins has professional playing experience in Spain, multiple American leagues, Qatar, and in China where he used a polished post game to dominate the block against any level of competition, skills he’ll be sure to pass along to Gator players. He also happens to be family with the state of Florida as prior to transferring to NC State as a junior he played two years of junior college basketball at Chipola College in Marianna, Florida where he averaged 17.5 points and 8 rebounds for his career.

When it comes to recruiting, Pinkins should be often tasked with securing big men, as the promise of his individual skill coaching is something not every program can match. Not considered to be a big time recruiter (though not bad, by any means) it truly is his relationship and player development skills that are his number one trait and the reason he was desired by many teams. Expect Nichols and Mincy to continue to dominate the recruiting trail while Pinkins becomes one of the primary strategists when it comes to player development.

Though part of the appeal of hiring former assistant Armon Gates was his recruiting ties in the Northeastern and Midwestern states, Pinkins’ hire shows more of a dedication to locking down the South and Southeast. Additionally, Gates’ is seen as more of pure recruiter, something that hasn’t been a problem with Jordan Mincy and Darris Nichols, so Pinkins’ player development pedigree shows a different route than they were looking to take with Gates.

With so many high-major teams looking to hire a big man specialist Pinkins was in high demand and is a great hire for the Gators, particularly at this time of the offseason. We look forward to seeing him behind the bench!