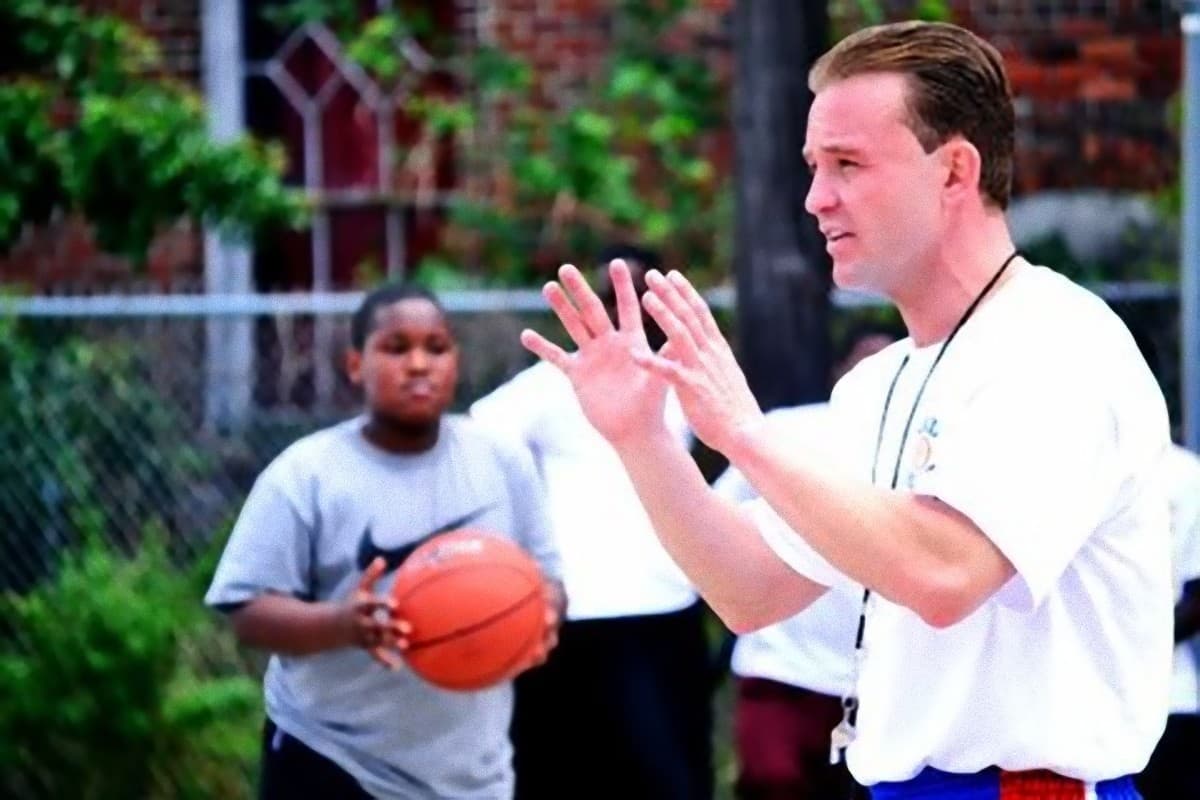 Alright, you get the point — or in this case, points. Actually, you are only getting a fraction of ‘em. In fact, by my calculations and Teddy Dupay’s projections – – -the above reflects only 1/1900th the number of three-point shots Florida’s famed former guard intends to make – – – in 24 hours!

Yes, you read that right. And if you did the math correctly, you know Dupay’s plan is to make 11,400 three-pointers in a single day.

If you are a Florida Gators guru and stat junkie, you may be thinking – “Hey, that’s 11,212 more than he made during a torrid three-year career at Florida”.

If you are Daniel Loriaux, you are probably thinking – “Uh-oh”.

Loriaux is the current Guiness World Record holder for the number of long-range shots made in a 24-hour span. His figure of 10,381 was set July 1, 2012.

“That is the target date,” Dupay says. “But we really focused on the more important aspects first. And we have those nailed down”.

“Finding the right charity — the right cause — was really important,” he reveals.

Dupay has become a man of causes, and perhaps ‘because’. Because of the mistakes he made, the stage he crashed from and the platform he has since scaled.

“Look, I have a level of credibility with kids – because of my experiences and very publicized poor decisions,” he says in a contemplative moment. “And a level of responsibility”.

Just like Dupay shifts his focus from the ‘because’ to the ‘cause’.

“We are excited to be doing this for Academy Prep Education Center in Tampa and St. Petersburg. — an incredible, rigorous middle school for inner-city kids that helps put and keep them on the right path, ” he says– now beaming with the enthusiasm that marked a spectacular playing career. “The school really sets itself apart with amazing faculty, curriculum and enrichment programs. But to me, most impressive is the eight years of on-going graduate support provided through high school and college. The program helps with things we take for granted — books, application fees, travel costs to come home. ”

Dupay himself takes little for granted these days, and in a moment of reflection, vows to enjoy what could be a final transcendent accomplishment on the basketball court.

“I want to enjoy this. I probably will never experience anything like this the rest of my life. And I have let way too many things come and go in my life without really appreciating the moment,” he says. “So I am going to have a lot of fun.”

And make a lot of baskets, and hopefully raise a lot of money.

The latter effort has been aided by numerous donors to the campaign titled “Three’s for Kids”. Among the contributors are Billy and Christine Donovan, as well as former Dolphin and friend Jason Taylor. Taylor recently posted a supportive video on Facebook and announced his pledge of $.05 per made shot.  That message may have been trumped only by a typically ultra-enthusiastic video from Dick Vitale – – – – who describes Teddy and his efforts as “AWESOME – with a capital A!”.

“That kind of support is just phenomenal. We have had incredible support from the gator nation, the local community and friends who want to be part of something special,” he says.

For Dupay, that ‘something special’ is not the number of shots that slip thru the net, but rather the net effect of his efforts —- dollars raised and opportunities provided. Those are his stats now — not points, assists or steals, but children.

He long ago left behind professional basketball aspirations, and more recently walked away from a real estate investment profession. The former was derailed by injury and the fore mentioned ‘poor decisions’. The latter succumbed to his passions and a continued redemption story.

“This is what I love. This is what I should be doing,” he says of full-time efforts at the Teddy Dupay Basketball Academy, a blossoming creation that perfectly blends his main motivators — hoops and kids.

And so it surprises no one, or at least none who know him, that the world record is almost a side story in this quest.

“Hey, breaking the record would be cool — and I would love to do it for me personally,” he says. “But far more important is the attention it would bring to the kids and the cause.”

How many does he hope to eclipse?

“Oh, I’m gonna break ‘em all,” Dupay says with a confident chuckle. “I made 40 three-point shots in a minute while in college — during some highly competitive shooting contests with Mike Miller.”

And though not in college and not paired against Miller, he vows he is in prime condition to pull off the feat.

“I have dropped a lot of weight and all of my injuries have healed up while not enduring the grind of competitive basketball,” he says. “In fact, I am a better player now than I have ever been”.

If true, Mr. Loriaux may want to relish what are likely his final days as world record holder.

As his date approaches, Dupay seems to have an endless number of balls in the air —both literally and figuratively. He trains feverishly during the minutes between running his academy and orchestrating the event.

“We want to make it a special and fun night for everyone who attends,” he says of the free event to be held at Tampa’s Dream Center. “There will be a lot to do – especially for me!”

Indeed — including the not-so-small detail of draining an unfathomable number of three-pointers.

“I’m just hoping I can stay on my feet and exercise for 24 hours,” he says with a laugh. “That’s like running 6 marathons in a row. I don’t know — but I’m training hard. It would be quite a feat”.

Yes it would be.

Though far more eager to discuss the metrics of fund-raising and the impact of donations, Dupay concedes to have calculated the stark realities of his undertaking.

“I’d have to make 12 a minute, shooting 50 minutes in an hour and resting the other 10 minutes,” he says with a matter-of-factly. “I’ll need 19 hours of shooting, making just about 600 per hour”.
And what will he do during those brief remaining five hours?

“I’ll probably have a shower, enjoy a nice meal and take some pictures with the kids in attendance,” he says.

Just like a basketball, Dupay bounces back and forth between the feat at hand and its far more important beneficiaries — the kids.

“Whether or not I beat the record — that’s not what this is all about,” he says. “That would be great and it would be fun, but this is about what everyone is trying to do and how it will help.”

Dupay pauses for a moment — long enough for those competitive juices to again flow fast.

“Yup— 12 a minute is key,” he reiterates. “I can make more, but I don’t want to push it.”
The latter portion of his comment seems incongruous with a constantly striving personality.

But then Dupay offers explanation.

“I need to pace myself,” he says. “But at some point during the day I’m also going after the 1-minute, 2-minute records, as well as the 1 and 2-hour marks.”
Teddy Dupay ‘not push it’? Not likely.

Not with a basketball in his hands and kids on his mind.

For information on the event, including how to donate, please visit:
www.gofundme.com/threesforkids