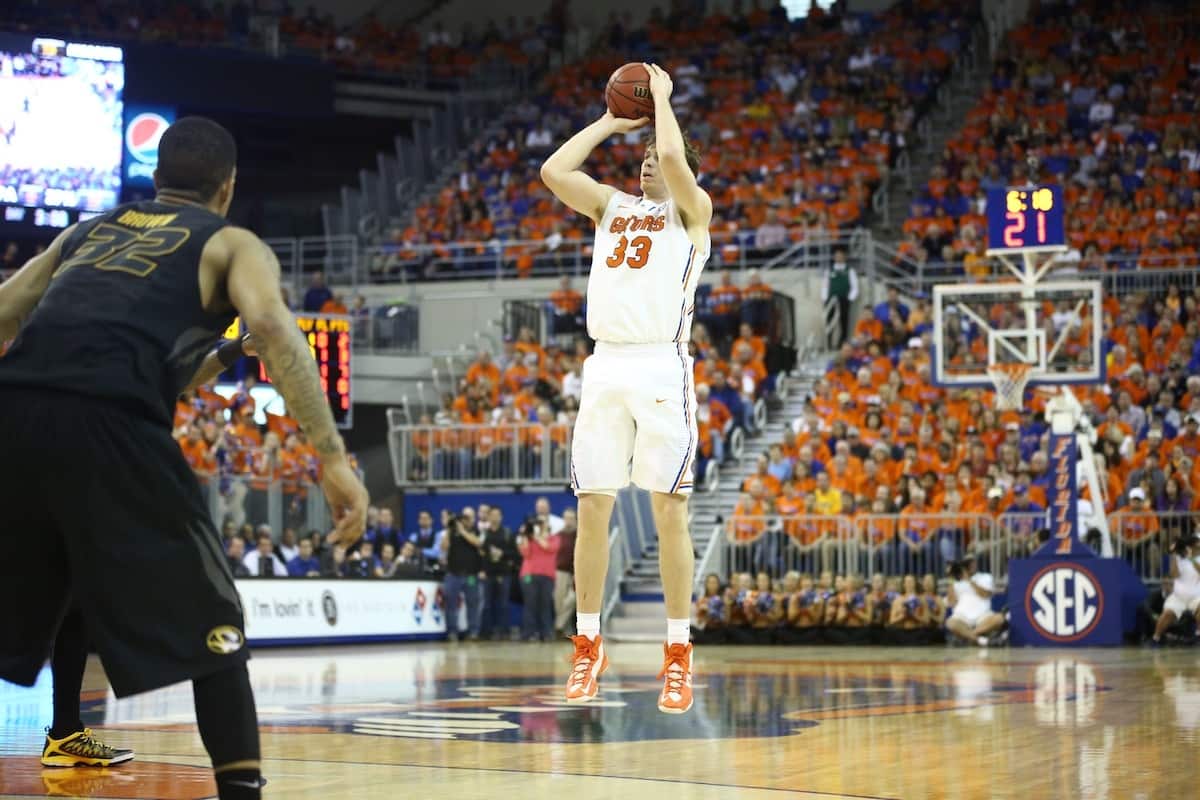 Erik Murphy became the 17th Billy Donovan coached player to be selected in the NBA Draft, when the Chicago Bulls selected him with the 49th pick in the 2nd round.

Murphy projects as a stretch-four in the NBA and was rated as the No. 58 overall player in the draft by Chad Ford of ESPN. Murphy’s biggest strength is his 3-point shooting and ability to draw opposing big men away from the basket. He’s not the most athletic player and needs to work on his rebounding, but he should fit in well with the Bulls. He will also join fellow Gator basketball alum Joakim Noah in Chicago.

Murphy made a complete 180 during his time in Florida. After playing limited minutes, Murphy almost decided to transfer away from Florida and had even come up with a potential list of schools to transfer to. After meeting with Donovan, Murphy decided to stay at Florida to finish out his career.

It turned out to be the right decision.

Murphy became the 49th player to score 1,000 career points at Florida and was named to the SEC All-Tournament team in his junior and senior seasons.

Former teammate Chandler Parsons reacted to the news on Twitter.