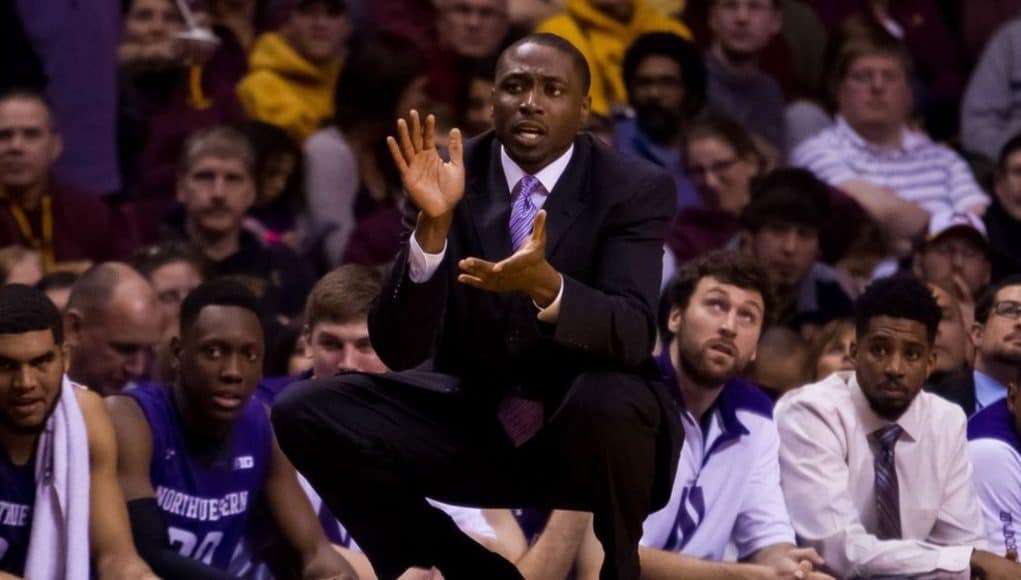 In a bizarre series of events, newly hired assistant coach Armon Gates has departed the Gators and has been hired by head coach Tim Miles and the Nebraska Cornhuskers. Gates was hired on April 8 and has already been out on multiple recruiting trips, and many recent Florida offers to players in the northeastern and mid-western states (Gates’ comfort zone) would suggest that his fingerprints were already all over the Gators’ recruiting strategy. In the midst of an important time of the year in terms of recruiting, head coach Mike White now is back on the search for an assistant, a role that is likely going to be significantly more difficult now than it was 6 weeks ago when Dusty May was hired to Florida Atlantic, opening up the assistant job.

Gates’ departure had been rumored for nearly a week as speculation from Nebraska media sources praised the hire before their was even word of him leaving Gainesville. Though it was considered to be a done deal by many for the last several days, even without official word, Gates’ removal of any reference to coaching at the University of Florida from his Twitter bio on Thursday afternoon was considered the de facto announcement.

Called “a rising star in the industry” by Coach White, Gates’ previous relationships with Gator assistants Jordan Mincy and Darris Nichols made it seem like Gates would fit like a glove in Gainesville. Reasons to why he decided to move on to Nebraska are currently unknown. In Nebraska, Gates will be faced with a situation where head coach Tim Miles is considered to be on the hot seat by many, and an inability to make the NCAA Tournament this upcoming season is thought to be the final straw after 6 years in Lincoln that has seen the Cornhuskers only go to the Big Dance once.

Mike White was extremely complimentary about Gates’ after the hire was announced, saying “We conducted an extensive national search, and Armon kept coming back atop my list. UF certainly gets the attention of coaches around the country, so we went through a thorough process, and he was my ultimate target.” He went further with his compliments by adding: “Chris Collins thinks the world of him. Jim Phillips is a terrific athletic director at Northwestern, thinks the world of him,” said White about brining Gates on. “I’ve known Armon a long time. He’s won wherever he’s been. Helped build the culture at Loyola-Chicago, started building that program. Obviously helped Northwestern get to its first NCAA Tournament in school history last year. He’s a really good cultural fit, a guy we are very fond of as a coach, as a recruiter, as a mentor and most importantly as a human being.”

After being hired by the Gators, Gates stated:

“First of all, I would like to thank Coach White and the current Gator staff for accepting me to be a part the Florida basketball family,” Gates said. “I can’t express how excited I am to be a part of the Gator Nation! The rich tradition of the University of Florida was too enticing to pass up. I will forever be grateful to Coach Collins, Dr. Phillips and Northwestern University.”

“I cannot wait to experience the Rowdy Reptiles! Go Gators!”

Unfortunately for him, his next experience with the Rowdy Reptiles could be from a visiting bench and his reception could be far less cordial.

Florida is now back to an assistant coaching search, something you didn’t expect to hear after the second live recruiting period. Gates’ hire wasn’t predicted by many, but it could show the type of assistant Coach White was targeting in an energetic coach similar in age to the rest of the staff.

Keep it locked to Gator Country as the Gators once again search for a third assistant.