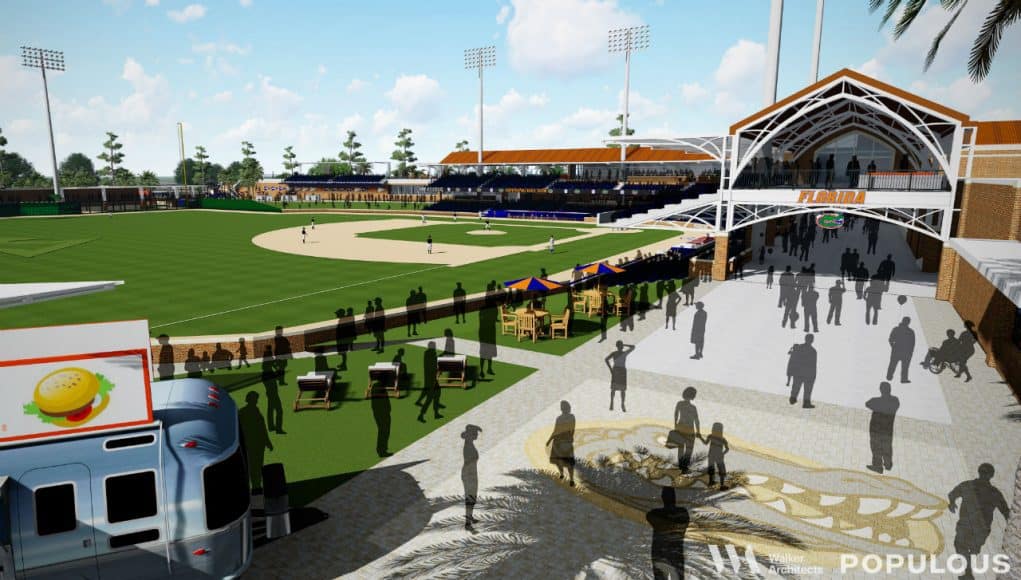 “We are honored to have the legacy of Jason Beaird carry on with this generous gift from his foundation,” Athletic Director Scott Stricklin said. “We are extremely grateful his wife, Jennifer, along with former teammate and longtime friend Ted Rich proposed this gift for Florida Ballpark, as well as their individual contributions to name lockers in the new facility.”

Beaird was an infielder and SEC Academic Honor roll member each of his two seasons as a Gators letterwinner (1990, 1991), and he made nine appearances as a sophomore in 1991, when Florida won the SEC Tournament title. Beaird wore No. 9 for the Gators, and turned four double plays during the 1991 campaign.

Following his collegiate baseball career, Beaird, a Clearwater (Fla.) High School alum, competed in Ironman triathlons, lived abroad, coached Little League baseball teams, participated in multiple Florida Baseball Alumni Games, and raised money for various charities. At age 37, Beaird was diagnosed with multiple myeloma, a cancer of the blood plasma cells which is uncommon in young people. After a fiveyear battle with multiple myeloma, Beaird passed away in March 2013 at the age of 42.

The Jason Beaird Memorial Foundation was established in his honor, with a mission to “keep his spirit and memory alive through meaningful projects he would have supported.” Such projects include cancer research and family support, participation in college athletics, and coaching youth sports teams.

The monetary gift was proposed by Jennifer Beaird, who married Jason in 1995, and Ted Rich, a fellow Gators baseball player. Both Jennifer and Rich serve on the Board of Directors for the Jason Beaird Memorial Foundation.

“We have been able to carry on his legacy and keep his memory alive in different ways,’’ Jennifer said. “It’s a blessing to be able to do this. Baseball and the Gators were important to him. And now we’re excited about the bullpen.”

Additionally, Jennifer and Rich each made individual gifts to name lockers in Florida Ballpark’s new home baseball locker room – one for Jason, and one for Rich. The lockers will be side by side. Rich was an infielder for the Gators from 1988 through 1992; he was a member of Florida’s first College World Series team (1988), started 54 games for the 1991 Gators, who also earned a CWS berth, and started all 64 games of the 1992 season, which saw him post a .264 batting average with 13 home runs and 50 runs batted in. Rich was drafted by the Chicago White Sox in the 32nd round of the 1992 Major League Baseball Draft.

“We hadn’t planned this at all,’’ Rich said. “The foundation’s intent was to support the causes that were important to him. That was youth sports, education, and the Gators. They just all came together with the stadium.”