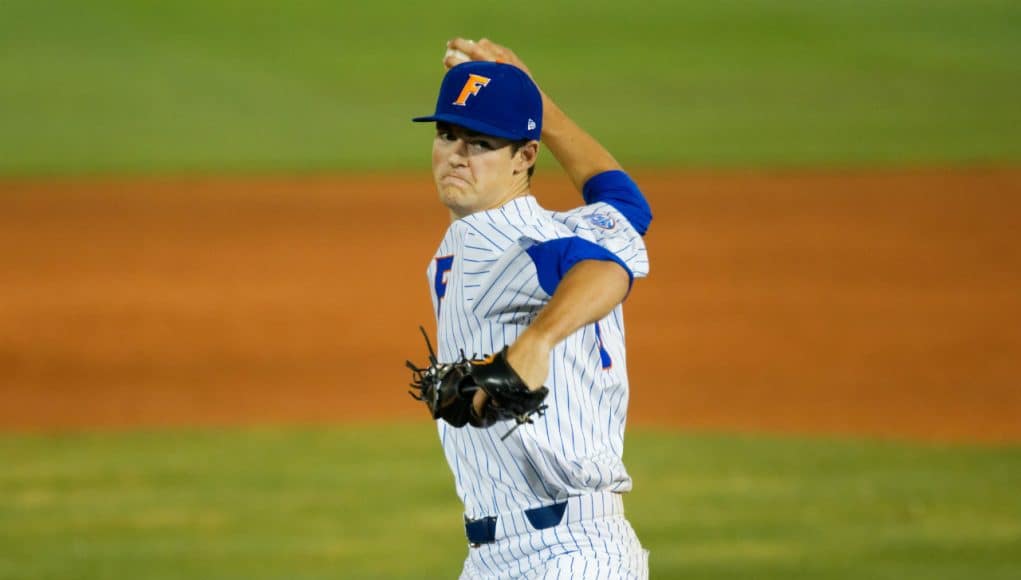 Another year, another high draft pick for Kevin O’Sullivan’s pitching staff. The Cleveland Indians selected righty Tommy Mace with the 69th overall pick in the second round of the 2021 MLB Draft.

Mace becomes the 17th Gators pitcher to be selected within the first five rounds under O’Sullivan, which is tied for the third most nationally during that span.

Mace appeared in 62 games, including 41 starts, during his four years in Gainesville. He compiled a 22-7 record with a 4.37 earned run average and a .257 batting average against. He also picked up one complete game and two saves.

As a freshman in 2018, he played a crucial role in helping the Gators advance to the College World Series for the fourth year in a row. He made 26 appearances, including six starts, following a season-ending injury to Tyler Dyson. In 62 2/3 innings, he went 5-0 with a 4.16 ERA. He pitched two innings and gave up just one unearned run in UF’s dramatic game three win over Auburn in a Super Regional.

Mace took over the role of ace four weeks into the 2019 season and held it for most of his last three seasons. He struggled in 2019, posting a 5.32 ERA.

As a fourth-year junior in 2021, he went 6-2 with a 4.38 ERA. He opened the year as the ace, but was moved to the bullpen for the third SEC series against Ole Miss. He was inserted into the No. 2 starter role the following weekend and remained there for the next five weeks.

He regained his ace job down the stretch and led the Gators to a huge win over Kentucky in the first round of the SEC Tournament.

Mace’s statistics aren’t great, and his stuff didn’t play very well against top competition at times, but his fierce competitiveness and mental toughness allowed him to keep his team in the game most of the time.

His departure leaves a big hole for O’Sullivan to fill next season.