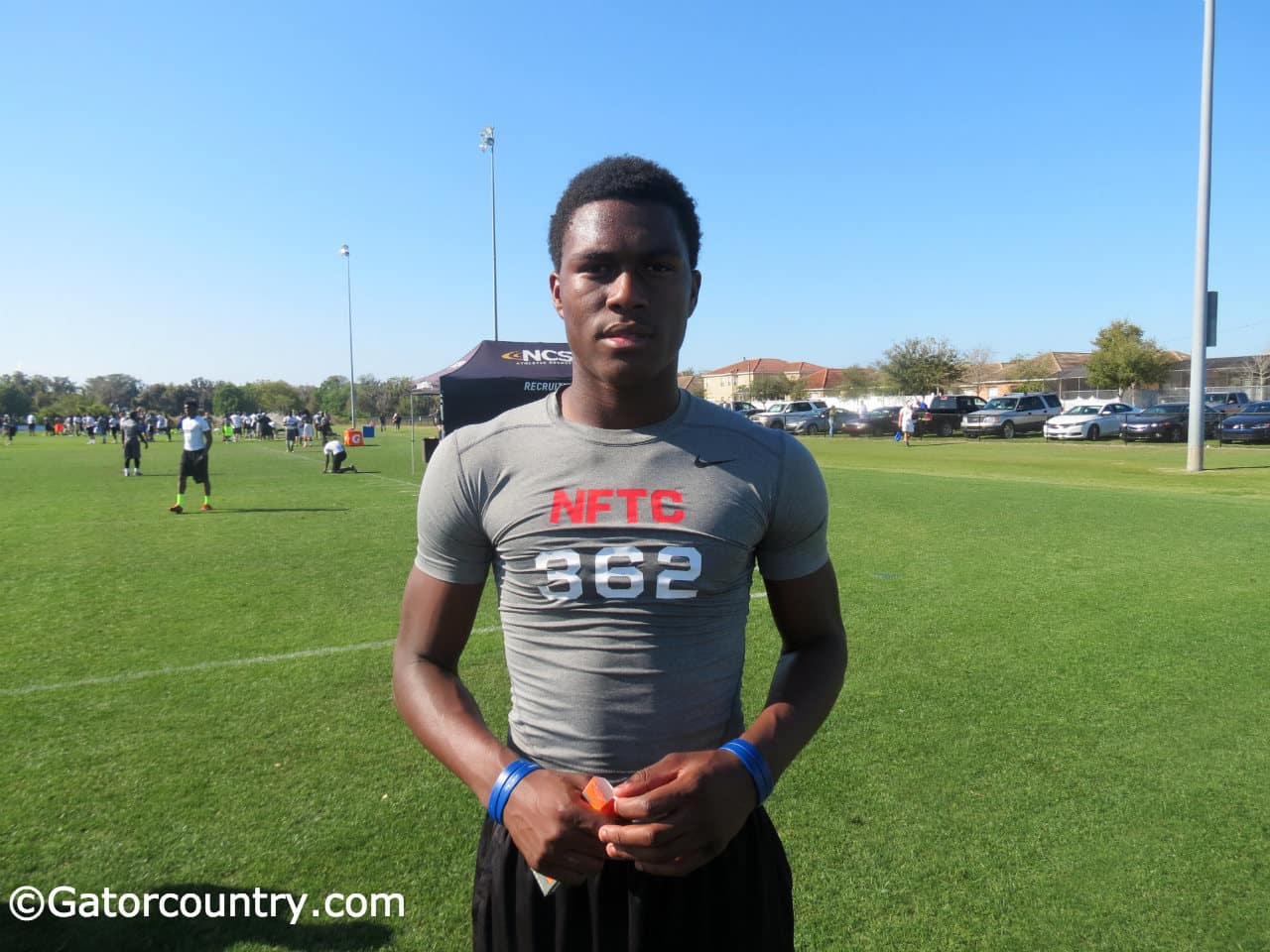 As of Monday the NCAA new mandated summer dead period begins and won’t end until July 13th so Gator Country decided it would be a good time to get everyone caught up on where the Gators stand at each position.

Over the next week Gator Country is going to take a look at each position and get everyone up to date on who’s in the class and who may end up in the Class of 2015.

One thing we are also going to add to each position is a quick look at whom to keep an eye on for the upcoming Class of 2016.

First up in our week-long series was the quarterback position and next we took a look at the running back position. Next is the tight end position or the “B” position as offensive coordinator Kurt Roper calls it.

Florida already has one commitment at the position in Camrin Knight (6-4, 220, Tallahassee, FL Lincoln) who committed to Florida back in February.

Knight has been solid in his commitment to Florida and has great size and speed for the position but he plays mostly linebacker in high school so he will need a little time to adjust to full-time tight end in college.

With Knight already in the class the Gators, and tight end coach Derek Lewis, are looking to add one more player to this position in the Class of 2015.

While the targets are dwindling down by the day there are still a few guys that Florida is in play for and here they are.

Tight end Auden Tate (6-4, 199, Tampa, FL Wharton) picked up a Florida offer back in the spring but was quickly offered by Florida State and Georgia. Tate told GC that his parents loved their visit to FSU and that they were in favor of him going to the school out west. Georgia is also another team in the mix but Florida has an ace in the hole with Tate’s good friend Vernon Hargreaves on the team. Florida is desperately trying to get him on campus in July as Tate is looking to decide before the summer ends. Right now I lean towards Tate picking FSU unless he has a good visit to Gainesville.

Tight end Devonaire Clarington (6-5, 224, Hialeah, FL Champagnat Catholic) is one of the top tight ends in the country and was recently planning to visit Florida but didn’t. Right now Clarington says a July visit is possible and the Gators need to get him on campus in order to have a shot. Alabama and Miami are two teams that are high on Clarington’s list right now.

Tight end Irvin Charles (6-4, 207, Haddonfield, NJ Paul VI) just visited Florida during June and coming out of the visit someone close to him tells Gator Country that Florida, South Carolina, Penn State, Maryland, Miami and Louisville are the schools out in front. South Carolina and Penn State may not have room for another tight end which helps Florida out. Charles is a big guy that could even slide out to receiver if needed.

Tight end Miles Boykin (6-3, 225, New Lenox, IL Providence Catholic) is expected to commit to Notre Dame on Wednesday and his recruitment is likely done. With that said, the Gators did impress him while he was on campus in Gainesville. Florida will continue to recruit Boykin but he seems like someone that will be loyal in his commitment.

Tight ends always seem to be a position that is offered later than other positions and that is in large part due to coaches wanting to see who grows and who is athletic enough to make the switch to the position.

So far Florida has only offered two prospects at tight end but there a few other guys to watch as well.

Tight end Jacob Mathis (6-5, 215, Tampa, FL Berkeley Prep) was offered by Will Muschamp after his camp performance in June. Mathis likes the distance to Florida and his family likes the Gators so that will help Florida. Also Mathis has a great relationship with tight ends coach Derek Lewis.

Tight end Isaac Nauta (6-5, 240, Buford, GA High) is one of the top tight ends in the country and he has a Florida offer but really hasn’t shown much interest in Florida. Right now Nauta likes FSU, Clemson and Georgia.