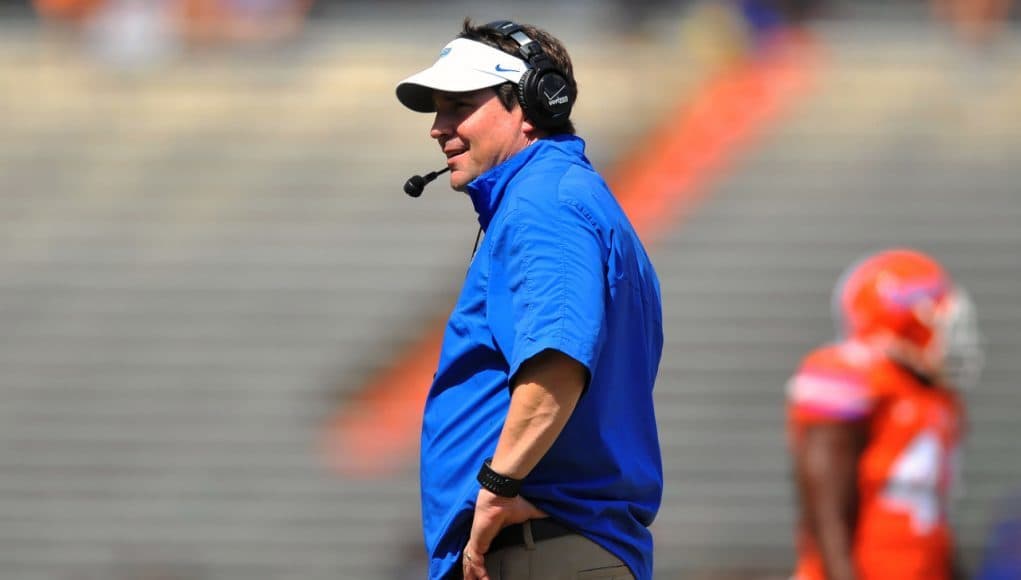 With expansion changing the landscape of college football the SEC had a decision to make. Would they adapt their current eight-conference game “6-1-1” schedule format or move to nine conference games?

Despite a couple of schools campaigning for a nine-game SEC schedule, the league that has been the cream of the crop for most of the past decade decided “if it ain’t broke, don’t fix it” and stuck with what works. It wasn’t a decision that was unanimous or perhaps even one that was fair but it is the decision that was made and all 14 SEC institutions have to abide by it.

“Regardless of however we want to look at it, any decision that was made on the scheduling, somebody was going to be upset,” said Will Muschamp. “You’re dealing with 14 institutions; somebody is not going to be happy with how the scheduling was done.”

As the schedule is currently formatted, each team plays their division, one permanent opponent from the other division and a rotating cross-division school. This format protects storied rivalries like Alabama-Tennessee, Georgia-Auburn and Florida-LSU.

However, one of those six teams isn’t too excited about having to continue in their rivalry. LSU Athletic Director Joe Alleva and head coach Les Miles have both come out challenging the fairness of the current format but their concerns have apparently fallen on deaf ears.

Once you throw “what’s fair” out the window, because nothing in life is ever “fair” for everyone involved, there are valid reasons to change the current format. One is how long it will take a team to play the entire conference. Currently, it will take Florida six years to play every team in the SEC and even longer to make a trip to each stadium in the conference. Having coached at several SEC schools, Muschamp is uniquely qualified to speak about the importance of games that aren’t looked at as traditional rivalries.

“It didn’t even dawn on me until, I guess it was my first year and we were down in Destin [for the SEC spring meetings],” Muschamp said. “They were talking about moving forward with the scheduling. I was sitting there with Coach Spurrier and he said, “Florida and Auburn won’t play but every six years? That’s not good for the SEC.” You know?”

Muschamp cited the last two times Florida and Auburn took the field together (he was defensive coordinator at Auburn for both games) as a testament to that statement.

“There’s been some great games involved, I was the defensive coordinator at Auburn in ’06 and ’07;” he said. “Two fabulous games, came down to a field goal kick one year here in The Swamp. We [Auburn] won the game and didn’t score an offensive touchdown.”

Other options were thrown out, options that included moving to nine conference games and a “6-1-2” format as well as doing away with the permanent cross-divisional opponent altogether, moving to a “6-0-2” format, something Muschamp would have been in favor for.

“I think staying at eight games is good. I think the ‘6-0-2’ gives you some of that variety,” he said. “I think that that certainly could help you but sitting in that room, that isn’t where it was going. I can tell you that right now.”

The detriment of that schedule format was the need to throw away hundreds of years of traditional rivalries to make the move. Auburn and Georgia, for instance, have been playing football games against each other since 1892. It was something Commissioner Mike Slive and the SEC simply were not willing to do. Muschamp has publicly supported the decision to stick with the current schedule but has also acknowledged its shortcomings.

“I thought there was some very good reasons for why they wanted to keep the scheduling the way it was,” Muschamp said. “You can argue it 100 different ways but at the end of the day it is what it is and we can move on.”