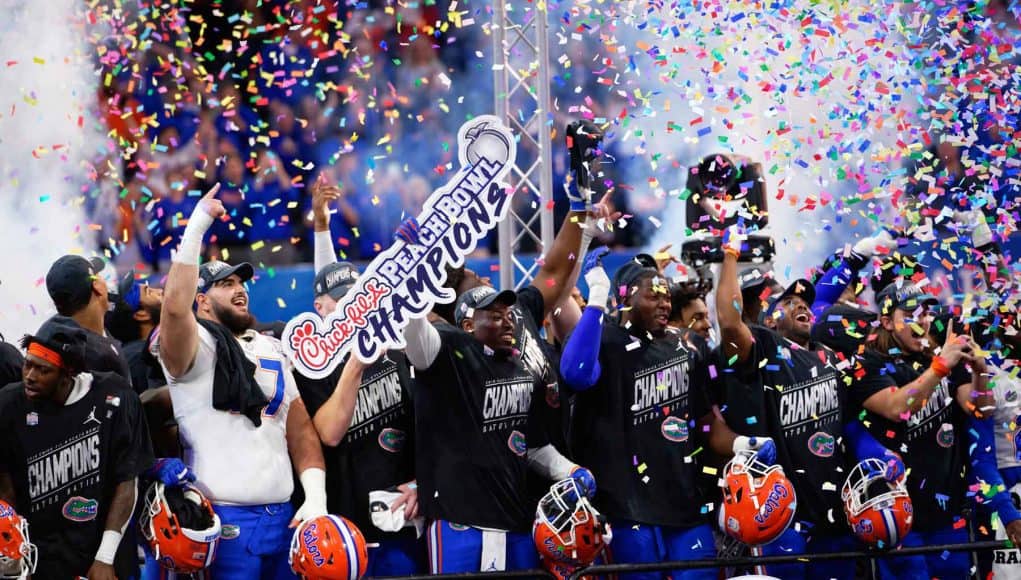 Dan Mullen’s first season in Gainesville was a resounding success and the Gators’ final ranking is a testament to how far the program has come in just one year.

The Florida Gators finished No. 7 in the final Associated Press college football rankings, a place they share with fellow SEC East foe Georgia. This is the highest the Gators have been ranked in the final AP Top 25 poll since 2009, when they finished third overall in Tim Tebow’s last season.

Dan Mullen became the third head coach in history to win 10 games in a debut season with a current Power Five team after inheriting a team that won less than five games in the previous season. This is also the second largest turnaround in school history in terms of total wins as Florida went 10-3 following a 4-7 record in 2017.

Florida was jumped by LSU in the final poll despite beating the Tigers in the regular season and both teams winning their bowl game. Florida blasted Michigan 41-15 in the Peach Bowl while LSU beat UCF 40-32 in the Fiesta Bowl.

Following a convincing win over Alabama in the National Championship, Clemson received all 61 first place votes.

The SEC led all conferences with six ranked teams followed by the Big Ten, Big 12 and Mountain West. The ACC will claim the National Championship but has just one other team (Syracuse) ranked in the top 25.