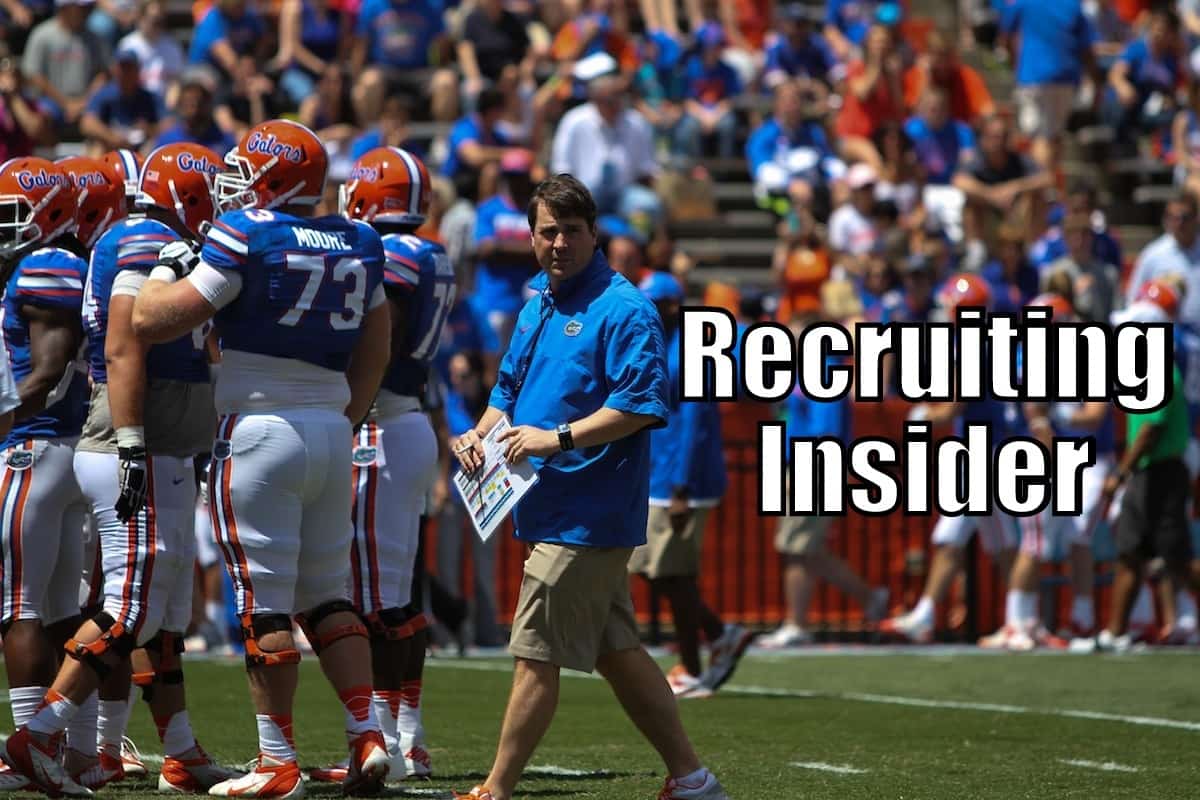 Will Muschamp is starting to garner the nickname “flipper” for his ability to flip recruits from one school to Florida.

One of his top targets to flip this year is Immokalee (Fla.) High cornerback J.C. Jackson, who is currently committed to Florida State but visited Florida on Saturday.

“I had a great time,” Jackson said. “I got to see a lot more things this time than times before. The scrimmage was nice to see and the defensive schemes that Florida has was good to see as well. They have a lot of different schemes.”

One of the schemes that intrigues Jackson is the nickel package Florida has, as well as the dime package they run.

“I really like how Florida has a lot of corners on the field at one time,” Jackson said.

“They have 5 defensive backs on the field a lot of the time, as they run the nickel and dime a lot. I like that about them though because that gives me a better chance to get on the field early.”

Will Muschamp also made sure to tell the 5-foot-10, 175-pound Jackson how much the Gators need cornerbacks in the Class of 2014.

“Coach Muschamp said he wants me at corner not receiver,” Jackson said. “He told me to keep working hard in the class room and on the field. Coach told me he was counting on me being a Florida Gator and I said yes sir.”

While Jackson has been committed to Florida State since last March, he has a new co-leader in his recruitment.

“Florida and Florida State are tied at the top,” Jackson said. “The reason Florida is up there is because they are in the SEC and that’s the best competition and they are closer to home. Tallahassee is way up there.”